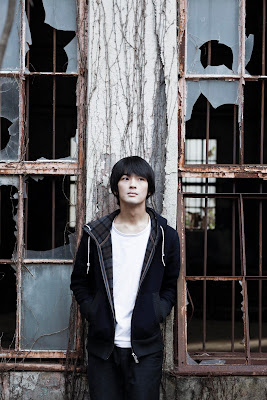 MP3: Shugo Tokumaru - Lahaha
MP3: Shugo Tokumaru - Tracking Elevator
Another Polyvinyl release here, another Japanese musician. Polyvinyl can keep this up as long as Kevin Barnes isn't involved to drag anything down into mediocrity. Although Port Entropy was released last Spring in Japan, it's good to see a vinyl pressing at an affordable price for those of us in North America. And the sound, you ask? Top-notch indie pop, as expected from Shugo Tokumaru, which was one of the best records of the genre to be released in 2010. Here are two jambs to tap your toes too and warm your winter ventricles.
Posted by Matthew Giordano at 8:37 AM