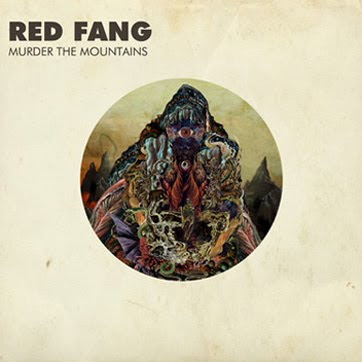 Red Fang's first intended full length has been completely announced: it's called "Murder the Mountains" and that's the class artwork above. It sees release April 12 on Relapse. The guitarist from the Decemberists produced it, and I gotta say that'll help build your cred, brah.

Download the previously posted "Number Thirteen" from the album as well as b-side "Hank is Dead", which appeared on an Adult Swim comp that can be downloaded for free here. Hey now!
Posted by Joey Gantner at 8:23 AM