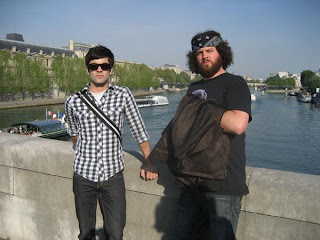 What you may have missed {week} nears it's end!

Big Business. Big FUCKING Business. Sure, you can look at the dudes' past bands (uhhh Karp?! Murder City Devils?!) or the fact that they're in the Melvins. That's all killer on it's own but what really counts is that Big Business are a band. An awesome band.

"Here Come the Waterworks" came out earlier this year and I fear that some people may have missed it. It's a solid effort and a fantastic follow up to their debut "Head For the Shallow". Working with producer Phil Ek (Built to Spill, most everything awesome), the dudes crafted 8 songs, all brutal and catchy (tell me "Start Your Digging" doesn't have one of the best riffs you've heard in like forever).

Part of the appeal of Big Business is their attitude. The liners are full of trophy's and giant foam number one fingers. It's nice to see people who love what they do, and you get the feeling that they would listen to themselves if someone else was making these records.

But luckily, no one else is. Thank god for Big Business. Fuck yeah! 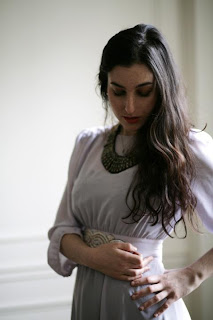 
We're halfway through What You May Have Missed {week}!

You probably didn't miss this disc. It's hard not to: Marissa Nadler has shown up on countless blogs, magazines and websites. So really there's not much I can say or suggest that you haven't heard already. The most I can say is that "Songs III: Bird On the Water" is one of, if not the, best albums of the year. Maybe ever. It touches subjects like death and love, and it's all wrapped up the beautiful, haunting music and Nadler's voice. It's one of a kind.

Kemado Records (home of other rad bands like the Sword and Dungen) released this disc in the states a few weeks back and was kind enough to include a download code of 4 exclusive songs. She also showed up on Stereogum's tribute to Radiohead's "Ok Computer", covering "No Surprises". It might be the greatest cover of anything ever.

That is all.
Posted by Joey Gantner at 11:30 AM No comments: 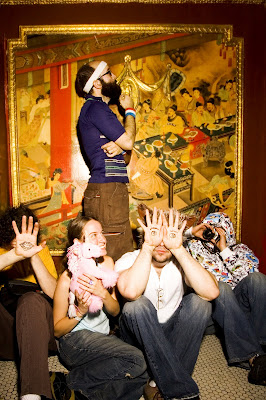 What you may have missed {week} continues!

This post has been a long time coming. "Dandelion Gum" is a record that has taken many by storm, including myself and Matt and pretty much anyone I know who has heard it. Black Moth Super Rainbow have taken the world by storm in 2007, with a great album, tours with high profile bands (opening for the Flaming Lips for one) and spots on blogs and websites all over. And deservedly so: I can say in my life I have never a band quite like BMSR.

Led by vocalist/vocoder Tobacco, the songs scream of modern psychedelia. 16 songs loosely based around witches who make candy in the forest, "Dandelion Gum" begins with fluctuating synth and dreamy vocals and it will take you on a ride you've never before been on. It's great for the party or great by yourself and a glimpse into true brilliant rarely seen in pop music today.

It's a great year to be a BMSR fan. Besides the release of "Dandelion Gum", Graveface gives us 2 reissues of earlier work from the band, out in October. Look out for those. 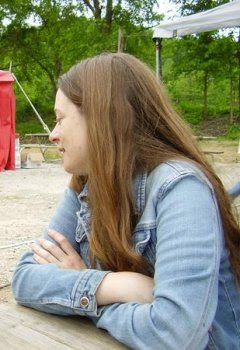 Since there is a rare lull in releases this month, Fuck yeah! Go team! is giving you a week's worth of posts telling you what you may have missed. Some of it top 10 worthy, some of it just really good. So without further delay here is...

What you may have missed {week}

When Meg Baird's "Dear Companion" came out a couple of months ago, I realized that I need to pay attention to Drag City's upcoming releases more. It seemed to come from no where. I love Espers very much, but what Baird has created here is a cohesive lp of originals, covers and traditional standards that sound beyond timeless.

The two songs I've chosen are personal favourites from the record. While I am excited for new Espers material, I hope Baird continues to give us great albums for many years to come.

Posted by Joey Gantner at 7:39 AM No comments: Here is a disc I've been looking forward to for a long while. I always heard good things about the Brunettes from friends who were lucky enough to see them perform during one of their rare visits to the states so I had to check them out. Sadly, having no US label, the New Zealand duo's records were near impossible to find (though I lucked out and found a used promo copy of Mars Loves Venus at Everyday Music in Portland and fell in love with it HARD). Thankfully, a couple of years ago they signed to Sub Pop and the promise of a United States release was a reality. It took awhile but here were are, August 2007, and "Structure and Cosmetics" exists in our hands!

It's a classic 9 song affair, full of so much sugary pop goodness that it's impossible to change a song. The Brunettes have plenty of fun lyrics and sing-a-longs with smart instrumentation and melodies on this album to last a lifetime. So hearing it, you'd understand that it's a challenge to choose a favourite.

But I did, and I made that choice in "Stereo (Mono Mono)". It is a great introduction to this band and in your mind to buy the lp. It has so many change ups it's like a million songs in one: they harmonize, dance from speaker to speaker and make a song about stereo and mono sexy.

Another fine offering from a great band and for Sub Pop, who's 2007 releases will stand in their history as one of their landmark years.

{buy the brunettes recordings from sub pop}
Posted by Joey Gantner at 8:06 AM No comments: 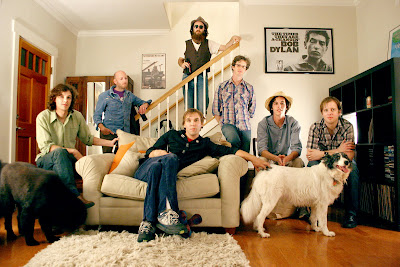 MP3: Zookeeper - I Live In the Mess You Are

People love Mineral. People love the Gloria Record. Thus, people love Chris Simpson. I was always a very casual fan but I still knew Simpson was a talented songwriter and he had a bit of lightning in his bottle. I remember seeing on some website that he was doing a new thing called Zookeeper and I decided to casually check it out on the myspace. The demos there were really promising and I made a mental note to stay excited and keep my eye open for a release.

That release now exists in a self titled ep bundled up in 5 lovely songs and one awesome cover (I'm a sucker for a good photograph on your cover and Zookeeper's is simple and striking). The songs are more accessible than Simpson's past bands (if you found them hard to get into) and jangle through nicely, rarely slowing down. Just hit after hit.

This ep is a great introduction to an exciting project and I am exciting for the upcoming lp "Becoming All Things", due November 6th on Simpson's Bellecitypop label.

{buy zookeeper recordings from bellecitypop}
{stream the zookeeper ep from fanatic promotion}
Posted by Joey Gantner at 8:05 AM No comments:

NOTE: Today's contribution comes from Matt Giordano, who still can't get over Laakso. It's like this with him every year they release an album. And when they don't, all he can say is "it's going to rule when Laakso releases another album". We'd yell at him, but it's true. Fuck yeah.

Two albums in the same year is quite impressive, two albums in the same week even more so. In April, Laakso's Mämmilä Rock coincided with the release of Mother Am I Good Looking, but was released only in Finland, as the bulk of the album is based in the Finnish language. This album was recorded album two years prior to its release in a cabin on the Sweden/Finland border, and therefore hearkens to more a mixture of their first two albums I Miss You I'm Pregnant and My Gods. Needless to say, it still maintains the same quality as every Laakso release, and the more music made and released by this band the better. 2007—the year of the Laakso.
Posted by Joey Gantner at 2:42 PM No comments: 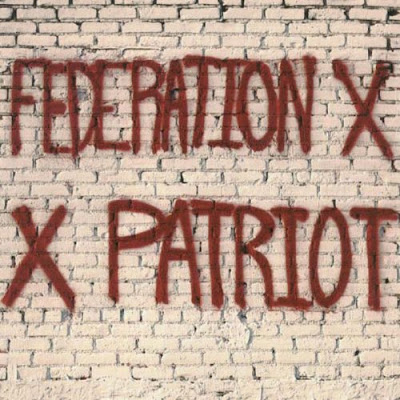 X-Patriot certainly isn't Federation X's newest release, but it stands as my favourite. Maybe it's the perfect production work of Steve Albini's engineering or the fact that everyone in the band is mega-talented (with an insane drummer and the duel 4 string guitar work) or just the feel good spirit of the jams. Any or all of those really can be it, but all in all it's hard not to admit that this is Fed X's finest hour. It SOUNDS like everyone clicked, and the songs fly by with such swagger and dirt that it's impossible not to get caught in it's swarm, even from the first song's opening lines "I'm in the middle of a nervous breakdown!" in "Apeshit".

The song that I feel best represents this album is what I've chosen here today, "Real American Kids With Real American Ids". The guitar parts are so perfect yet carefree and the lyrics so confident and vocally delivered like you'd hope them to be. The best example for this band is if Karp was still around today, they'd sound like this.

Go pick up a classic (and then some more classics, since their whole catalogue is stellar), grab your lover or some bros, take a ride and enjoy your life. It's pretty fucking sweet if you're living with this as your soundtrack.