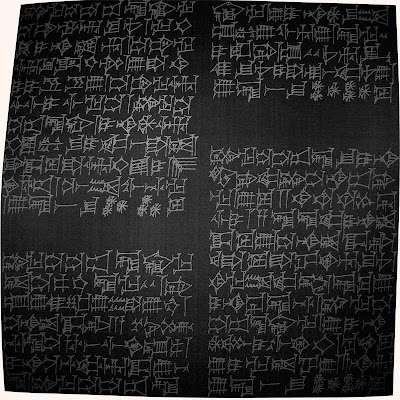 Enjoy.
Posted by Matthew Giordano at 3:04 PM No comments: 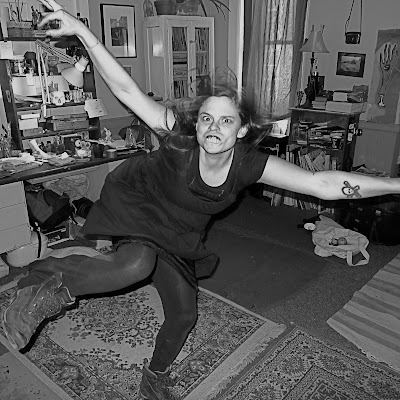 The new King Tuff 7 inch from Suicide Squeeze arrived in the mail today! It's sold out, so that's a bummer, but here is a download of the a-side for your weekend - HAVE A BLAST!

Posted by Joey Gantner at 12:43 PM No comments: 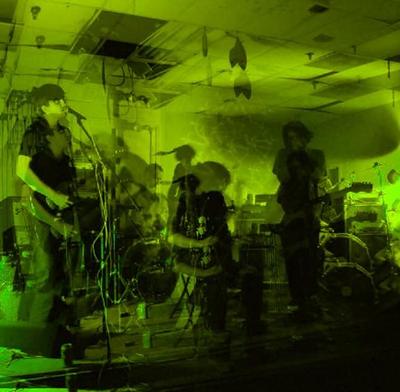 Brooklyn's finest band, PC Worship, continue their prolific output with the long-awaited release of Toxic Love. The genre-bending outfit never stops impressing, whether it's with an off-kilter bluesy track, noise or a pummeling live show I saw around a month ago, it's all enjoyable. Spend so time at the temple. Enjoy.
Posted by Matthew Giordano at 12:25 PM No comments: 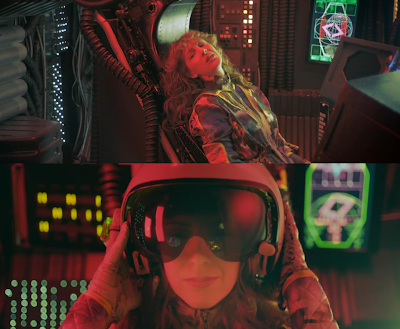 Spaceships? Forests?! Holy shit, HOT TRAXXX alumni Niki & the Dove really "get" me. The album comes out in May, I think on the 15th for the USA. I saw them play a few weeks ago and they were beyond terrific, so naturally I'm pretty pumped for this LP.

Posted by Joey Gantner at 9:33 AM No comments:


We're nearly four months into the year and I guess we're due for our most beloved column. Unfortunately though, we're having to focus on a man whose music we used to defend. Long-time readers should be familiar with Markus Krunegård's former band Laakso, who Joey and I both adored. A fan since Laakso's debut EP, I cannot tell you how many people I've suggested them to, pass on songs, etc—because I found Laakso to have something more to say, lyrically and musically. Their second album My Gods was one of my favorites of the last decade.

His solo career though, has found him releasing rather emotionless bland pop music. You felt every Laakso record, like you were a part of each song. The music really pushed his typically very good lyrics into a sense of inclusion. Now, he just sings over the music, which has become so secondary he may as well release an a cappella album. I should clarify that it's getting the FUCK NO tag not because it's necessarily bad, but more because I just keep finding myself disappointed. It doesn't add anything—it's just there.
Posted by Matthew Giordano at 11:39 AM No comments: 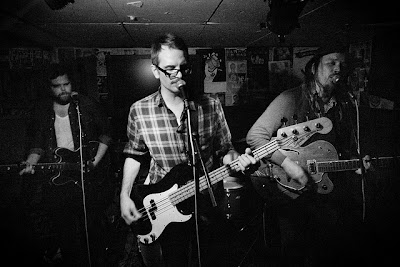 The mighty Loosegoats have returned after a decade plus absence to give Americana a boost from it's current malaise. With singer Christian Kjellvander becoming on of the most consistent singer-songwriters of the decade though, this is really no surprise. Lush vocals with distorted guitars, a driving beat and a powerful chorus—what's not to love? Enjoy.
Posted by Matthew Giordano at 9:37 AM No comments:


Less than one month.
Posted by Matthew Giordano at 9:30 AM No comments: 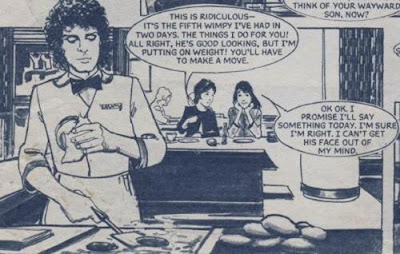 How much can one say or not say? At his prime, Marc Bolan was untouchable in music, and we'll let the vision speak for itself.
Posted by Matthew Giordano at 8:18 AM No comments:

Email ThisBlogThis!Share to TwitterShare to FacebookShare to Pinterest
Labels: t. rex, the best song ever, the slider 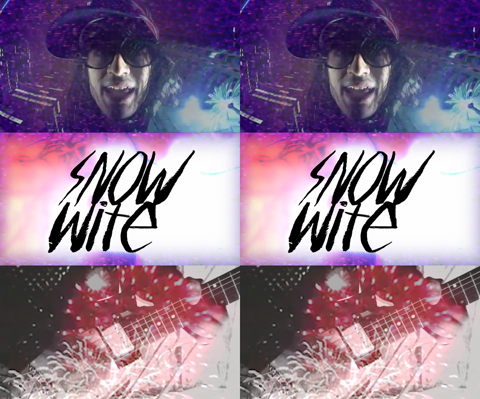 I love everything about this song + video: it isn't bummer music at all - instead it's uplifting, and rather optimistic. Plus, it's rad when he flashes his twitter handle at the end against a backdrop of triumphant fireworks. If you like to smile and not be a drag, check this out. We wanna party with you!
Posted by Joey Gantner at 2:28 PM No comments:

Keep Shelly In Athens - Our Own Dreams [VIDEO/MP3] 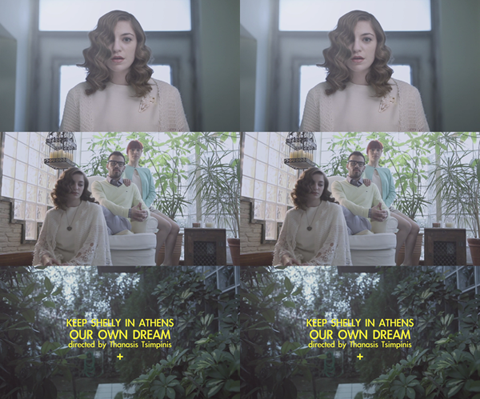 MP3: Keep Shelly In Athens - Our Own Dreams

Keep Shelly In Athens
"Our Own Dream"
Our Own Dream
Forest Family 2012
Director: Thanasis Tsimpinis

Posted by Joey Gantner at 2:02 PM No comments:

Email ThisBlogThis!Share to TwitterShare to FacebookShare to Pinterest
Labels: forest family records, keep shelly in athens, our own dream, video 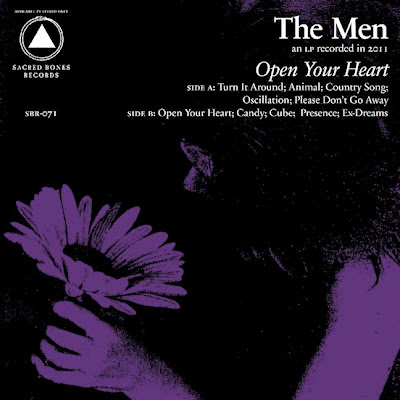 Less than a year after the fantastic Leave Home, Brooklyn heroes The Men have given, with much fanfare, this week's Open Your Heart. This time around, the melodies are more exposed, yet at no times vulnerable. Instead, they used to guide the listener towards the much noisier elements, yet sonically act as foils. On this track, the seven-plus minute "Oscillation", The Men take us into controlled assault. Enjoy.
Posted by Matthew Giordano at 10:20 AM No comments: 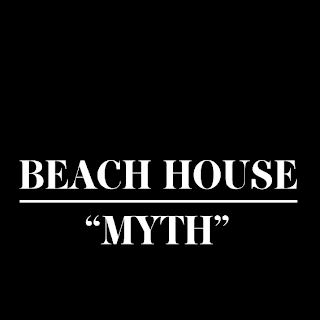 The year has been going so nicely, and as phase 2 begins so does it's first stellar move: a new Beach House song has arrived!

"Myth" shows a band aged like a fine wine, as infectious and improved as ever. The new record is called Bloom, and it's out in May on Sub Pop. Your summer already has it's soundtrack - as the years pass, we're all going to look back at that time as the greatest of our lives, because of this. Let's not fuck it up.
Posted by Joey Gantner at 8:13 AM No comments: 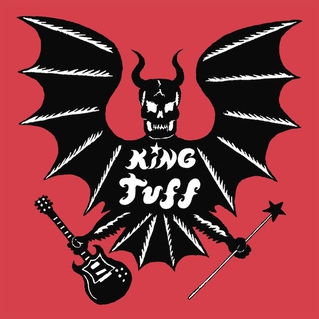 It seems like we've been waiting forever, but the new Bobby Harlow produced self titled King Tuff record is out May 29th on Sub Pop. FINALLY!!

"Bad Thing" is perfect, so stop reading and start listening.
Posted by Joey Gantner at 10:00 AM No comments:

FUCK TRAXXX: Mean Jeans - Anybody Out There? [MP3] 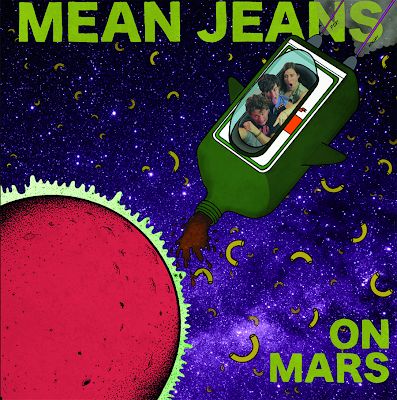 MP3: Mean Jeans - Anybody Out There?

2009 was a real long time ago, but that didn't stop "Are You Serious" by the Mean Jeans from ever sounding fresh. We could've all rested on that albums laurels until the end of time, but the Jeans think beyond the now and even beyond Earth, so they've taken a Jaeger-ship to Mars where they've found better production qualities and a new bass player too.

"Anybody Out There?" is the first taste of Means Jeans on Mars and it shows that while well traveled, the gents haven't forgotten how to write a helluva pop song. This one is gonna be a goddamn legend!
Posted by Joey Gantner at 7:44 AM No comments: