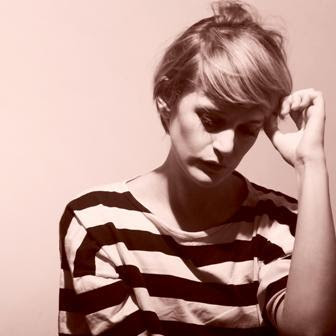 MP3: El Perro Del Mar - How Did We Forget

On the first listen of El Perro Del Mar's "From the Valley to the Stars", it was very easy for me to dismiss it as rubbish. It lacked the hooks and desire of 2005's "Look! It's El Perro Del Mar", but certainly not the simplicity. Maybe on first thought I figured that was the downfall, but out of boredom I went in for a round two and suddenly the previously compiled slag fest I had as a review vanished in favour of what you are now reading. Yes, I like it.

Let's be clear: it's no album of the year. But it's sweet, simple (ah ha!) and honest. Sarah Assbring might not know how to write sprawling epics, but that's quite alright. The best way to sum up this record is that it's a follow up with the same mindset, but on a slightly larger budget leaving more room to play. Yes, it's repetitive, but it works wonders in the background of your life. I worry that the reviews I've read will kill the hype train Assbring was rightfully riding, but let's hope her followers are one step ahead of what their peers are peddling as "hip".

Walk, don't run to your record store, Sweden, (we'll get it soon enough United States) to grab this one, and walk home with it playing in your ears. Why move quickly, when you risk the possibility of missing out on something that is plain on the surface but rewarding when you look around.

I do wish she was still on the flawless Hybris though...

"From the Valley to the Stars" is out now in Scandinavia from Licking Fingers, in the UK in mid-May from Memphis Industries and April 22nd in the US from the Control Group.
Posted by Joey Gantner at 12:27 PM 1 comment: One could argue that the Black Keys are really giving us the same thing every time, which is mostly true, except I'd have to retort that with each album they get just a little bit better. Which is adding up to really be something, considering right from the start they were really fucking great.

"Attack & Release" comes out April 1st on Nonesuch, seeing outside production from Danger Mouse oddly enough (strange times indeed) and takes the band into their first real live studio. While both of these things sound like possible trouble to mix in the untainted formula, the Keys make it work like 2 mad scientists. Radical.

{purchase the black keys recordings from insound}
Posted by Joey Gantner at 6:47 AM No comments:

Email ThisBlogThis!Share to TwitterShare to FacebookShare to Pinterest
Labels: attack and release, nonesuch, the black keys

In an effort to stay current, I've decided to delay my planned mp3 post to focus on a video that came to my attention via the always wonderful Stereogum.

Today, they premiered a video for the new single "Beat Control" by Omaha's Tilly and the Wall. Now I must say, this is a real backwards leap in pop music, with rhymes written like they taken from a high school girl's diary who just discovered 80's night at her local teen center. I will shamefully admit that at one time I enjoyed the group's first record, but I mean seriously at this point, it's time to come clean: all of this cutesy rubbish is a gimmick right?

Take the video itself: their smiles look painted on, goofy for the sake of a teenage fanbase, dressed like complete retards peddling recycled keyboard drum beats and a lazy organ line. They even resort to pounding "the beat" into our heads forcefully instead of taking the time to actually write a respectable hook.

For what looks like 2 records now, the band took what people liked about them and saturated it into an unrecognizable mess, accepting the fact that they will never write anything timeless or worthwhile in their recording careers. I mean honestly guys, your fans are going to grow up and leave you for better records... are you prepared for the future? Judging from "Beat Control", I think it's safe to say not even in the slightest.

However, there is a small beam of hope: this is only a 7 inch single track, with no plans to put it on the band's upcoming full length, though something tells me that it will still be more of the same throw up they've been calling songs all this time. Pick this up? Fuck no.

Judge for yourself: @ sterogum
Posted by Joey Gantner at 1:46 PM No comments: 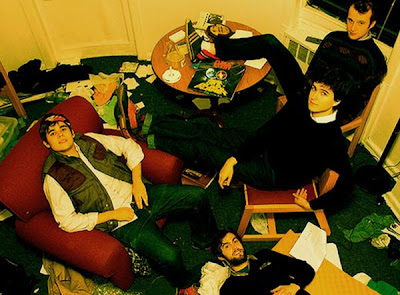 NOTE: Today's essay comes from our boy Matt Giordano. To check out past essay "Cheese Metal - A Brief Memoir", click here. We'll be posting more of these in the future, and if you'd like to contribute shoot an email to unicorntastic@gmail.com. Word.

The vittula that is blog land has been squeezing some nasty shit out of its urethra lately. At first I expected it caught another case of blogmydia, but then I saw it was a new virus called "Vampire Weekend", presumeably the result of way too much PR money being inserted into that little hole. This "Vampire Weekend" virus may take a little while for the negative side effects to show, but once they do, you'll want to beat the fuck out of the twat that gave it to you. No topical solution can cure it, and in a few months, you'll become as soulless as the creators of it. Diagnosis: FUCK NO!
Posted by Joey Gantner at 7:20 AM 2 comments:

Throw Me The Statue 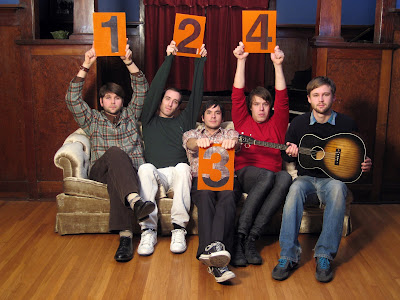 MP3: Throw Me The Statue - Lolita

Once you get past the typical reasoning to love this album (I.E. it's on Secretly Canadian, they're from Seattle, the city that always the delivers and there are breasts on the cover), you will find something really special inside. Throw Me The Statue seemed to come from no where and are hitting the musical ground running, not looking back and leaving behind some interesting sounding dust for us to eat.

I like this "Lolita" song a lot. I hope you do too.

{purchase throw me the statue recordings from sc distribution}
Posted by Joey Gantner at 10:23 AM No comments:

Email ThisBlogThis!Share to TwitterShare to FacebookShare to Pinterest
Labels: moonbeams, secretly canadian, throw me the statue

Lullatone put me to sleep. 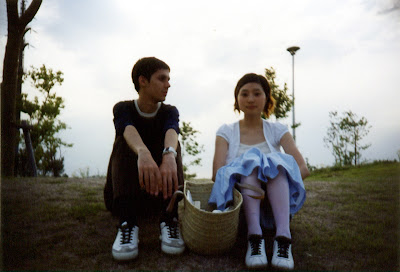 Lullatone's 2006 effort "Plays Pajama Pop Pour Vous" was a list making record that didn't make mine for the sad fact that I didn't catch up until early '07, but made up for it by listening (and falling asleep) to it as much as I could throughout the year. This trend continues into the year current, and luckily I will be able to give it a new partner: the duo release "The Bedtime Beat" in March on Australia's Someone Good record label.

They describe the effort as "our strangest and most pop CD yet, featuring the sounds of bathtubs, underwater humming, snoring cut up into drum beats, Yoshimi's human beatbox and much much more." Count me in. You can sample some of the splashing on "The Bathtime Beat", the album's opener, showcasing their usual brilliance and unique creativity, with the expected/adored focus of singer Yoshimi's hushed vocals on full display behind Shawn's understated production choices.

{purchase lullatone recordings from darla}
Posted by Joey Gantner at 8:32 AM 1 comment: 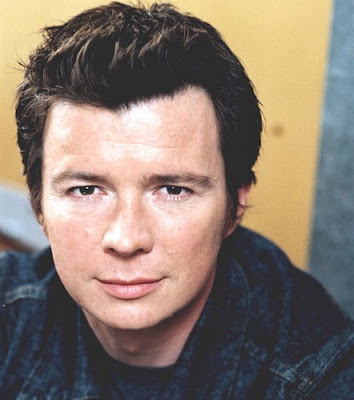 MP3: Rick Astley - Never Gonna Give You Up

NOTE: Today's FUCK YEAH! contribution comes from Matt Giordano, whom I plan on never giving up. I should also note that I went with the pop up video version of this single, because who doesn't love fun facts? Answer: not you.

The video for this song rules, check out the fellow dancing behind the bar. Enjoy.

Posted by Joey Gantner at 6:35 AM No comments: 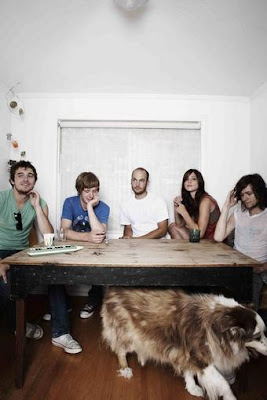 MP3: The Billionaires - The End Of Summer Song

I can dig this: The Billionaires have a ton of songs on the upcoming "Really Real Forever" that can be best described as nostalgic pop fueled by cheap liquor and pill highs. You gotta stay hip and "in" you know, and these duders are a start. Radical.
Posted by Joey Gantner at 8:00 AM No comments:

Email ThisBlogThis!Share to TwitterShare to FacebookShare to Pinterest
Labels: really real forever, the billionaires, too soon 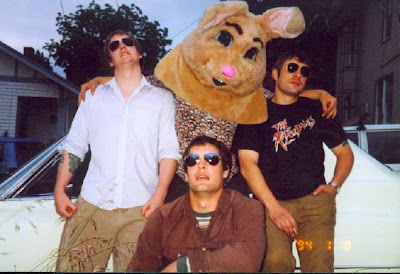 MP3: The Spits - Let Us Play Your Party

Work fucking sucks. Go party. Let the Spits play and we'll all smash holes in your walls with your dad's bowling balls. Fuck yeah.
Posted by Joey Gantner at 4:55 AM No comments: