New High Places: "I Was Born"

I'm on record saying this, but once again: I really did not enjoy High Places when I first heard them. My girlfriend was the one who brought them to my attention and she was beyond on board, but it took quite awhile for it to click on my end. Their self titled full length was what did it for me, and they've been succeeding ever since (like their split with Soft Circle out now on PPM, holy shit is it great).

They released a new video for the new song "I Was Born" that will be on a 12 inch single shortly from Thrill Jockey, then we can expect a full length in 2010. Radical. Check this out, it's awesome and features the debut of the bassoon in their sound. Also a fun fact: they left Brooklyn for LA! Good for them, seriously.
Posted by Joey Gantner at 11:15 AM No comments: 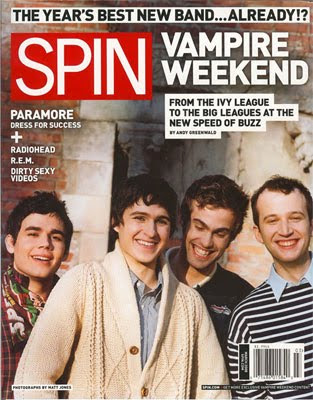 Here it is, finally, the launch of FUCK NO, a series conceived by Matt Giordano who officially launches this new feature. We hope to do a couple of these to satisfy pr companies who send us god awful records and also to open the eyes of the masses and dehype the hype. You're going to love us.

This is a b-side from the Vampire Weekend "Contra" album sessions. Caveat emptor.
Posted by Joey Gantner at 11:07 AM 3 comments:

The Best Song Ever: King Me 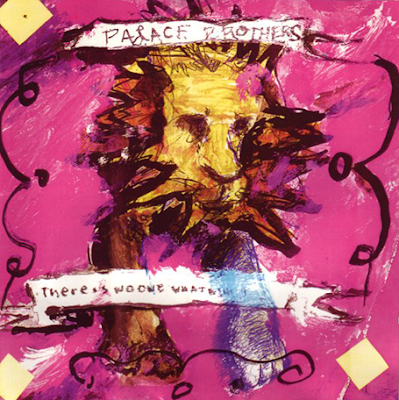 It's a rainy day today. Enjoy a rainy day song by Palace Brothers from "There Is No-One What Will Take Care Of You". G'day!
Posted by Joey Gantner at 12:12 PM No comments:

Email ThisBlogThis!Share to TwitterShare to FacebookShare to Pinterest
Labels: drag city, palace brothers, the best song ever, there is no-one what will take care of you, will oldham 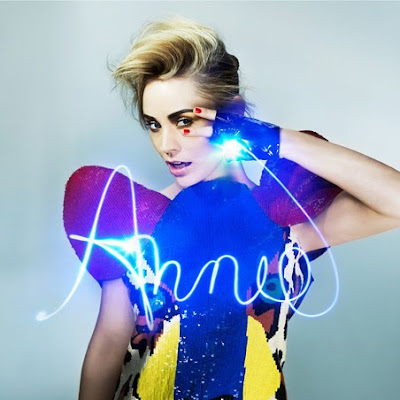 MP3: Annie - When The Night

NOTE: Today's contribution comes from a drenched Matt Giordano, who guarantees today's track will "get you wet". Seriously when we spoke last night all he would talk about was how this song will get you wet. Do you feel wet?

The indie press's number one sweet babe Annie is back with her sophomore album, after a bit of label kerfuffle and the like. While a bit of a mixed bag of the vapid and heartfelt, she is most successful with the latter, as is obvious on this track. Enjoy.
Posted by Joey Gantner at 8:54 AM No comments:


This new video for Girls' "Lust For Life" is pretty amazing. There's tits and cocks and all the good stuff. Seriously, some dude uses Hunx's dick as a microphone. Fuck yeah! The bar has been set, rock outfits.

It's NSFW but that's only if your job sucks. Who would work at a joint where you can't look at breasts and penises?! Your job fails, mother fucker.

(thanks to and via MBV)
Posted by Joey Gantner at 11:31 AM No comments:

Fact: Neon as a colour is making a come back. 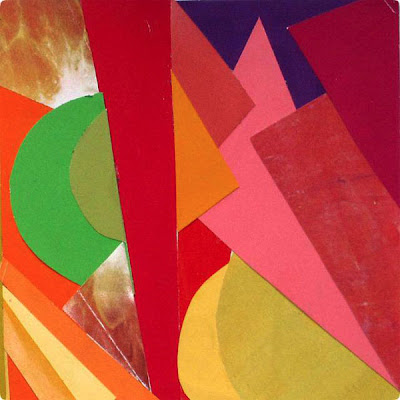 There has been so much bad hype going around, but this shit is right on: Neon Indian keeps you warm and moving, you'll wear down your tap dancing shoes. Download this steez.
Posted by Joey Gantner at 9:41 AM No comments: 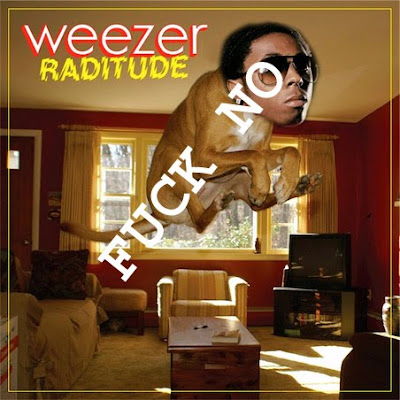 (NOTE: the man/google made us take down the links to these jams. it's no loss, they kinda suck anyway, hence the "fuck no" post)

Matt Giordano officially will launch this tomorrow and gets full credit of the idea, dating back to last year with his MGMT post and some other chick who the world has already forgotten. He also named it. So tomorrow, the first FUCK NO post. Today, the 2nd, forced out only because of today's coverage of the track we're posting. Get it?

Okay, first off: the new Weezer record is horrible. Like worse than the last piece of shit, which at least tried to revisit the roots of... the 3rd album. This fully embraces the "Beverly Hills" attitude (or "Raditute"... ugh) in the most awful way possible. Yes, if you shit on top of your shit, that shit then becomes larger, smellier and all together a horrible, horrible shit. No polishing here!

But Rivers Cuomo has been releasing these albums of demos and such from over the years that have been really good and the only form of honesty you're going to get from this mother fucker (enjoy those paychecks ya prick). On the second one, there was a demo of "Can't Stop Partying" that was dark and brooding. In the liners he said that was his intention and that he hoped the band version on the upcoming Weezer album would remain that way. So I held out hope for at least a song. Then it was announced Lil Wayne was guesting on the track. Not a big fan, but whatever. Could be cool.

So here we are. It is not cool. The song became the opposite of what made it great (wonder how many times that has happened over the years) and I think this might be the album to get all us fans who really only loved 2 records and kind of liked the Green Album to give up. We made it really far, further than anyone should. I can't think of any band that I've given this many chances to. Oh well. The only hope at this point is when he is left behind and he makes the great American divorce record but he'll still probably make a pop album to fuck Asian 19-somethings on the rebound.

Enjoy being 30 bro and trying to get 15 year olds to finger bang to this filth. Kids are into awful music, sure, but they're smarter than this.... right?
Posted by Joey Gantner at 11:52 AM 2 comments: 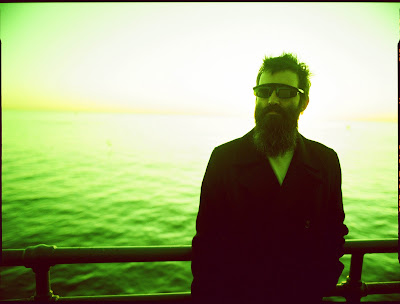 The always gangster Mark Oliver Everett released a new Eels album earlier this year, and he is a track for you. "My Timing Is Off" is a great little pop ditty not too dissimilar from the more uptempo numbers on Shootenanny with the more intimate production quality of Blinking Lights. A pleasant, somber walk through a field at dusk.
Posted by Joey Gantner at 9:05 AM No comments: 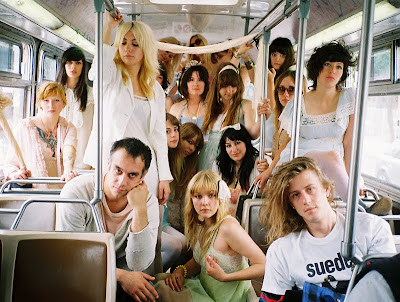 I stopped buying weed long enough to pay the bills, so we're back! Hi! It's sort of cruel to be gone for 2 weeks and to return on a Friday, leaving you once again over the weekend. But the backlog of posts are many and in November, Matthew and I will be doing some cooler shit. So get on it.

Now I'll leave you with a Girls radio session on KDHX, all new songs. Enjoy, and see you next week!
Posted by Joey Gantner at 10:08 AM 2 comments:

Second verse, same as the first when it comes to White Shit, but I just wanted to drop another track from their killer "Sculpted Beef" lp that's out now from PPM. Also, you should know that their new 10 inch from Wantage USA titled "WHITE SHI'ITE" is shipping now. Dube it duber.
Posted by Joey Gantner at 10:19 AM 2 comments: 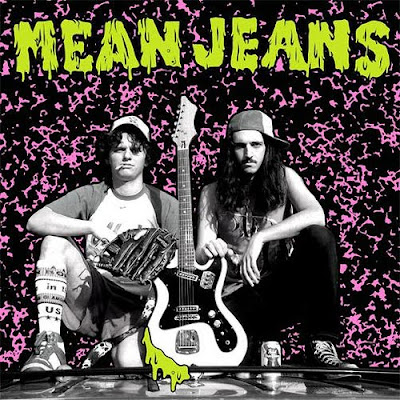 Was bloggin' around and came across the two 7 inches from Portland's Mean Jeans. They're both pretty sweet but the first one, "Stoned 2 The Bone" is more to the point. Pretty riotous.
Posted by Joey Gantner at 8:47 AM No comments:

New Frankie Rose and the Outs: Thee Only One 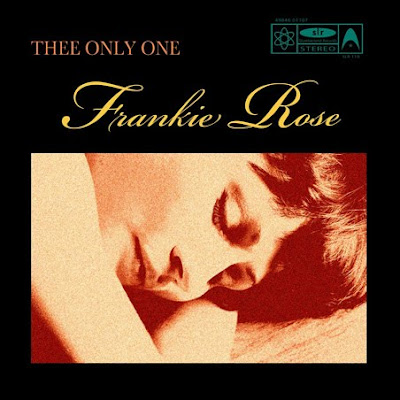 MP3: Frankie Rose and the Outs - Thee Only One

Here is the A-Side to the upcoming "Thee Only One" 7 inch single from Frankie Rose and the Outs, whom you might know as ex-Vivian Girls and now ex-Crystal Stilts. Pretty slick pop music, it comes out October 27th on Slumberland.
Posted by Joey Gantner at 1:03 PM 1 comment:

Grouper - Hold the Way from Weston Currie on Vimeo.

Awesome awesome new Grouper video for an as of right now unreleased new song. Pretty creepy but entirely incredible.
Posted by Joey Gantner at 10:59 AM No comments: 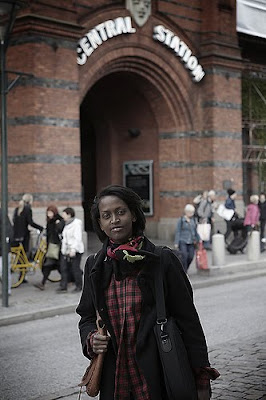 After releasing one of the most refreshing debut's of 2006 with her self-titled effort, Asha Ali returns with what again could be one of the best autumnal albums of its year. "Hurricane", the track offered here, is the first single from the forthcoming album of the same title. Her second single "The Time Is Now" is also out now, unfortunately I am a bit of a bum and only want to pay for the entire album when it's released. However, you can purchase both aforementioned singles from the mighty Klicktrack. Enjoy.

Posted by Joey Gantner at 9:16 AM No comments: 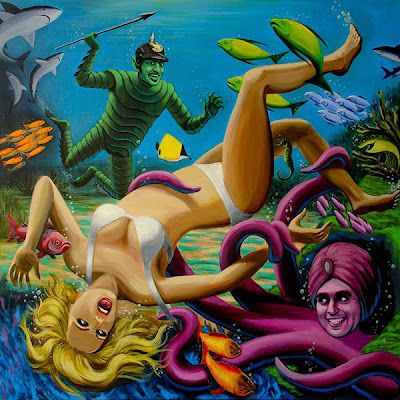 I can't wait for the new King Khan & BBQ Show record. It's going to totally blow my mind, I just know it. Here is the title track "Invisible Girl" and it sounds reaaaaaal slick. Enjoy. IG comes out next month from In The Red.
Posted by Joey Gantner at 8:42 AM No comments:

Email ThisBlogThis!Share to TwitterShare to FacebookShare to Pinterest
Labels: in the red records, invisible girl, the king khan and bbq show

Orange is a brilliant color. 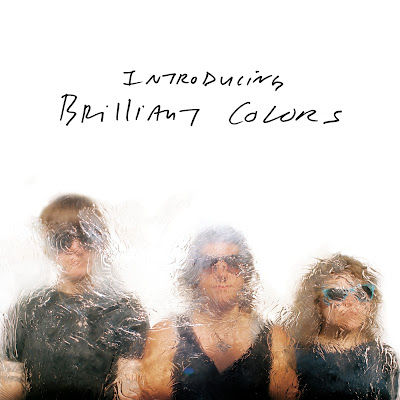 Oh shit friends, Brilliant Colors have a debut lp coming out. It's called "Introducing" which is a really cool name, and it comes out in November from the on-a-roll Slumberland Records. Here's a song, deal with it.
Posted by Joey Gantner at 9:08 AM 1 comment: 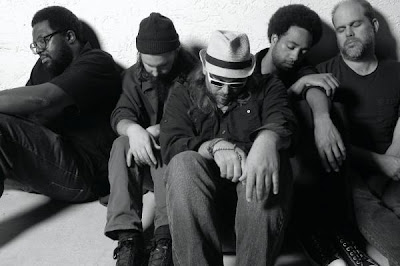 Alright, alright, alright. Let's have ourselves a killer weekend this weekend. I am going to leave you with a song from the Black Heart Procession's new album "Six", which comes out Tuesday on Temporary Residence. It's as dark as ever, but clearly these dudes haven't missed a step. I like all of their albums, but this new one is pressing fresh, exciting buttons. I love those buttons. I would sew those buttons on my favourite coat. Favourite coat rock, that's what you're getting here. Seriously though, I could have posted any fucking track from this masterpiece, but I went with my gut at the time. But my gut is only getting fatter and changes every day, so like get this record and decide for yourself if you don't like this song (but just know, you're bat shit crazy...seek help). Enjoy, party gently. See you Monday (unless something cool and pressing comes up before then)! WOOO!!
Posted by Joey Gantner at 9:03 AM No comments: 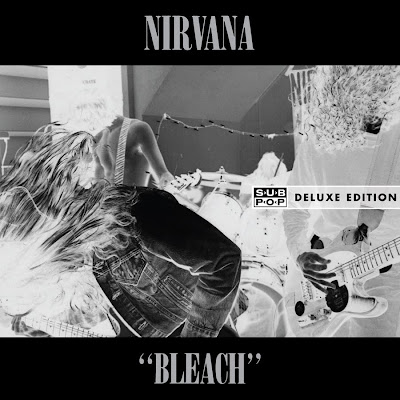 Yeah I know this shit has popped up everywhere, but it's pretty rad and I'm happy to help the hype: Nirvana's "Bleach" is seeing a re-release from the reissue kings Sub Pop this November. Not only do you get a remastered lp but a complete live show that, if "Scoff" is any indication", sounds like a total diamond. Bleach is fine record in itself, and in my eyes it's a little less grunge and a bit more sludge with metal undertones. This is when the Melvins influence was at it's finest.

Sorry I couldn't fit in anymore "re"'s in this post. I won't fail you next time.
Posted by Joey Gantner at 2:29 PM No comments: 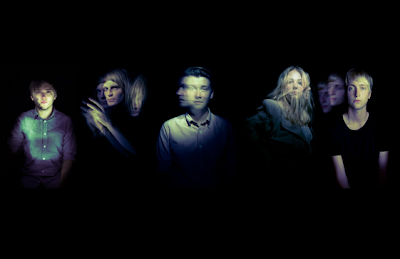 NOTE: Today's contribution comes from war hero Matt Giordano, who is back to giving us some sweet Swede nugs. Will you dig this song? Fuck yeah!

This is to be quite the autumn in Sweden, as there are many big releases scheduled. One of the most anticipated is the new album by Mixtapes and Cellmates. After a stellar debut and even better EP compilation (plus the solo debut of singer Robert Svensson) they have returned with "Soon" their new single a month ahead of the album and a drummer. "Soon" has one of the best hooks I have heard all year, mix in there a bit of squalling and you have one of the year's best songs. Enjoy
Posted by Joey Gantner at 9:44 AM No comments: