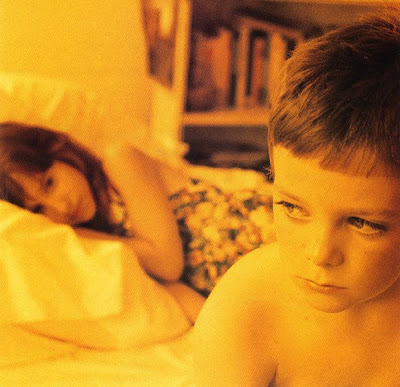 First off: GENIUS album cover. The conception of such an idea is worthy of praise alone, but the fact that the photographer got these children to capture that moment so perfectly is nothing sort of incredible. I could seriously make this post about the cover alone, but the music contained inside demands to be written about.
My old boss at this record store I used to work at told me that the audio at the beginning of the Afghan Whigs' "Gentlmen" was the sounds of the highway leaving Cincinnati. It's a brilliant start to the lp and the soul and harshness that continues through cement it as an all time great. It's hard to not just post the whole album, but all 3 of these songs are a great start and a coda to the Whigs as a whole. Fuck yeah!
Posted by Joey Gantner at 11:30 AM No comments: 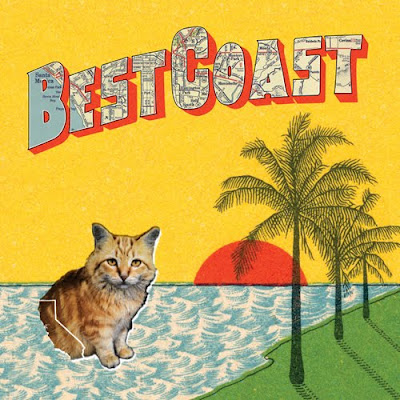 Here is the new single and opening track from the California pop teen sensations Best Coast. It appears on their upcoming long player "Crazy for You" which has the children crying over their Tiger Beats and BC official licensed comic books. Pre-order from Mexican Summer if you haven't already!
Posted by Joey Gantner at 6:18 AM No comments:

Email ThisBlogThis!Share to TwitterShare to FacebookShare to Pinterest
Labels: best coast, crazy for you, mexican summer 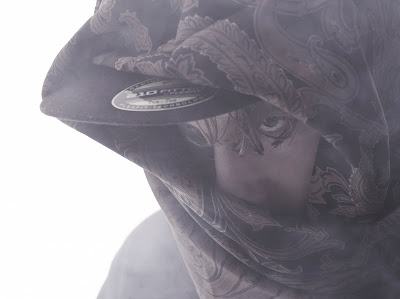 A release I had been looking forward since it's announcement is finally here. The ceo record! Erik Berglund of the mighty TTA doesn't stray too far from his other band's sound—which is a good thing because I've been awaiting a new Tough Alliance record for awhile now, and this will surely help to ride the tide.
Posted by Matthew Giordano at 11:48 AM No comments: 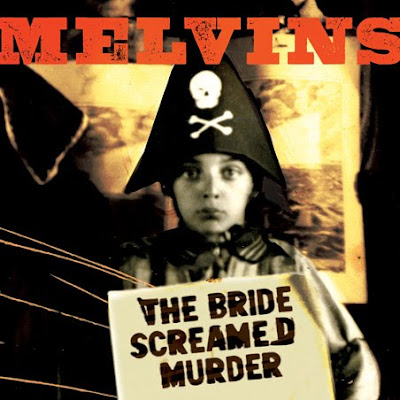 MP3: Melvins - Pig House
As I stated in the comments of that post, I totally stand behind Matthew's selection yesterday. That said, it did sort of pussy things up a bit and it's the fucking weekend, so let's make some shit happen.
I don't know what the fuck this is about (yes I do, P4K just doesn't get it), cause the new Melvins record "The Bridge Screamed Murder" is another slam fucking dunk for the dudes since they recruited Big Business to make things more radical. Jam this one loud, we'll see you next week with some more choice nugs.
Posted by Joey Gantner at 7:40 AM No comments: 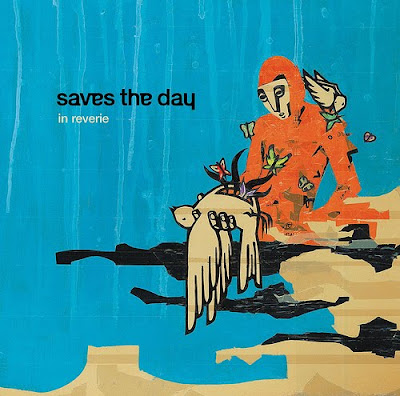 MP3: Saves the Day - In Reverie
MP3: Saves the Day - Monkey
MP3: Saves the Day - Tomorrow Too Late
I know I'm going to get totally derided for this (and possibly the blog as a whole by association), but I've been listening to Saves the Day's "In Reverie" a lot lately. I've always loved this album and considered it easily the band's pinnacle; it's especially perfect for the summertime. I recall it taking a pounding when it came out (mostly from fans), which led to the band dropping their integrity and any notion of progression and releasing shitty pop-punk again, but I digress.

Here was a band changing their sound completely for the better, making beautifully lilting pop music, with hints that their next move was into psych-pop had they further pushed the instrumentation and melody. One can only imagine where the band could explored had they not given up on the best thing they've ever done.
Posted by Matthew Giordano at 6:23 AM 2 comments:

Email ThisBlogThis!Share to TwitterShare to FacebookShare to Pinterest
Labels: dreamworks, in reverie, nostalgia, saves the day 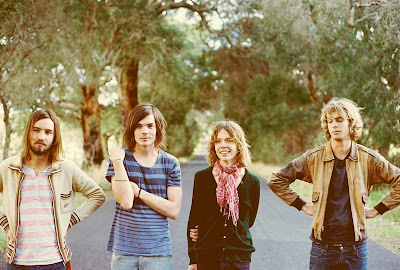 I don't know if you do drugs, but Tame Impala's Aussie psych masterpiece "Innerspeaker" is an audible argument to start. It kinda sounds like Dungen, space, DMT elves and the Fourth World all at once aka it's FUCKING AWESOME!
Posted by Joey Gantner at 7:40 AM No comments: 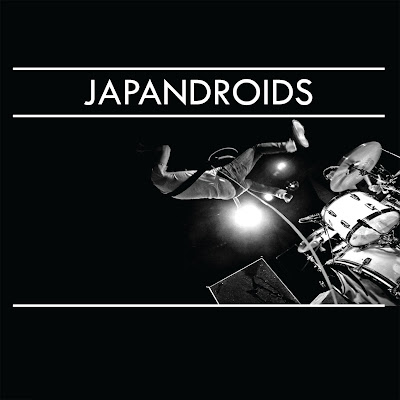 MP3: Japandroids - Younger Us
Yet another summer is here and Japandroids are still bringing fresh tunes for it. The 2nd in a series of 5 (so far) awesome 7 inch singles, Younger Us is up for pre-order now. Get it grrls and enjoy the a-side.
Posted by Joey Gantner at 1:12 PM No comments: 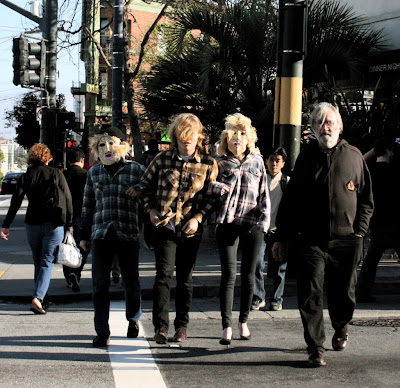 Damn, Goner, you did it again. It's hard not to just leak this whole record, since every track is a hit, but here are 2 really rad Ty Segall jams from "Melted". This is the best and most listenable complete lp I've heard in a while.
Posted by Joey Gantner at 11:21 AM No comments:

The Best Song Ever: Reasons 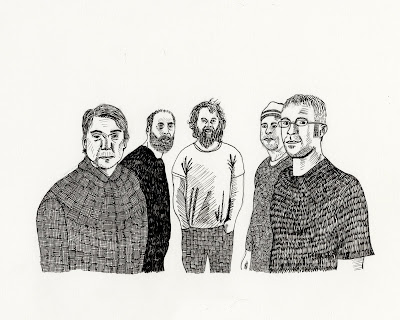 MP3: Built to Spill - Reasons
"Reasons" is the first song that actually got me to give a shit about Built to Spill. And uh it's Friday. The Best Song Ever b's week minus a day is over, enjoy it and the random BTS drawing above that I found on google.
Posted by Joey Gantner at 7:44 AM No comments:

Email ThisBlogThis!Share to TwitterShare to FacebookShare to Pinterest
Labels: built to spill, the best song ever, there's nothing wrong with love, up records

The Best Song Ever: Silver Soul 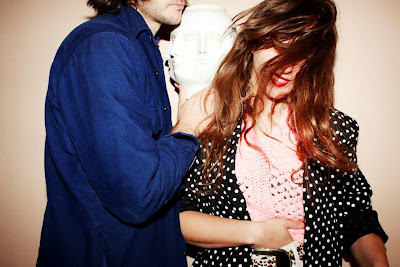 It says a lot about a band's staying power if you're still jamming their record that leaked in late 2009 and was released in early 2010. It's now the summer and Beach House's "Teen Dream" gets fresher with each listen. Thanks dudes.
Posted by Joey Gantner at 11:05 AM 1 comment:

The Best Song Ever: Woman on the Screen 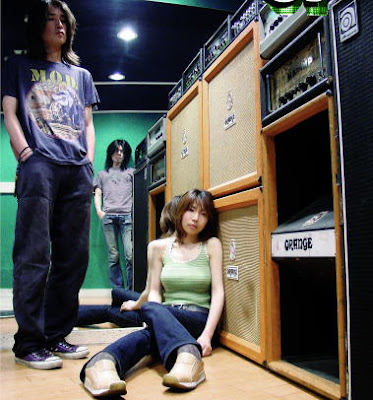 MP3: Boris - Woman on the Screen
Fuck. Yes. Boris.
Posted by Joey Gantner at 7:25 AM No comments:

The Best Song Ever: Cat Walk 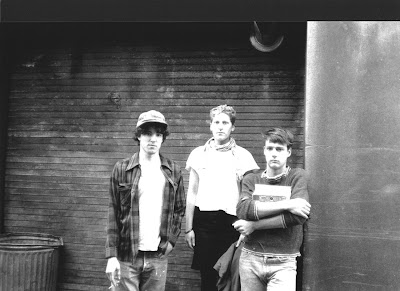 MP3: Beat Happening - Cat Walk
There are many great Beat Happening songs like there are days of the year: it all just depends on where you are at. I am at "Cat Walk" today, which is beyond fine with me.
Posted by Joey Gantner at 3:30 PM 1 comment: 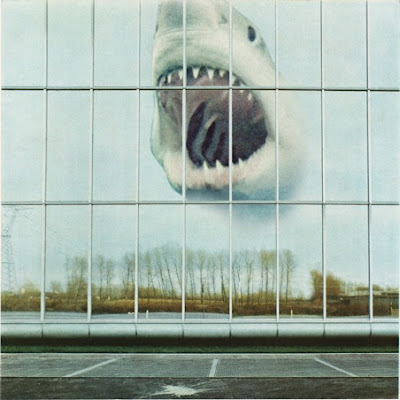 MP3: Black Mountain - Old Fangs
I love me some Pink Mountaintops and Lightning Dust, but man I've been ready for everybody to get back to it and record a new Black Mountain LP for what seems like ages.
Guess what? It is on mother fuckers: Wilderness Heart is the name of the game (that's the album art of the year up above) and will be out September 14th on Jagjaguwar. It's gonna rule, just like "Old Fangs" does.
Posted by Joey Gantner at 6:07 AM No comments:

No new photos, nor a new record that I know of. 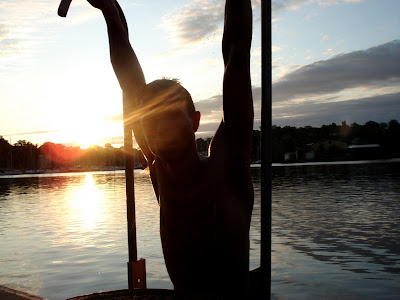 MP3: Juvelen - All-Time High
Juvelen is back, and getting a bit seedy...but in the Juvelen way. Enjoy.
Posted by Matthew Giordano at 5:13 AM 1 comment: 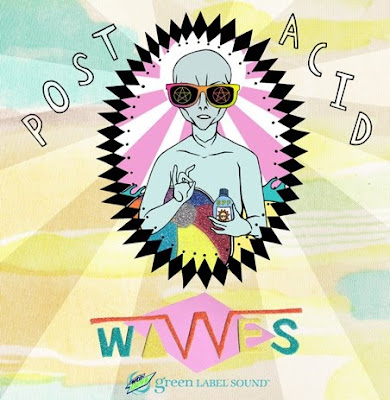 More Mountain Dew rock from their Green Label Sound soda label. "Post Acid" is the first peek at the studio polished Wavves, and it sounds pretty sweet for the most part. King of the Beach drops in August from Fat Possum.

Posted by Joey Gantner at 7:43 AM No comments: 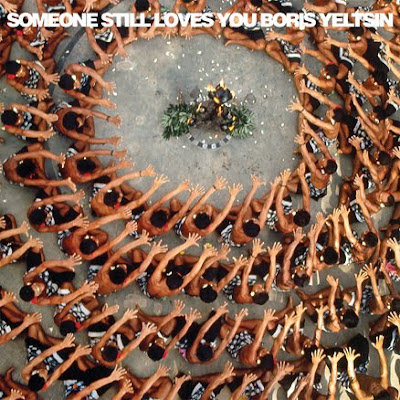 MP3: Someone Still Loves You Boris Yeltsin - Sink / Let It Sway
Holy shit you guys, Someone Still Loves You Boris Yeltsin have a new record coming out! It's called "Let It Sway" and it sees release August 17th from the good ole boys at Polyvinyl. The first song released, "Sink / Let It Sway", definitely has the SSLYBY sound, which is awesome because that sound is radical. Can't wait for this one, coming just in time for the end of summer.
Pre-order it here and get yourself some free shiz, including a bonus 3 song digital ep.
Posted by Joey Gantner at 9:32 AM No comments:

Email ThisBlogThis!Share to TwitterShare to FacebookShare to Pinterest
Labels: let it sway, polyvinyl, someone still loves you boris yeltsin
Newer Posts Older Posts Home
Subscribe to: Posts (Atom)
A music blog by Joey Gantner and Matthew Giordano.
Header by Connor Annal.
Thank you for being a friend.
TWIT: @fuckyeahgoteam