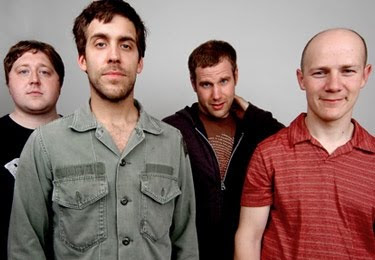 MP3: Maritime - Air Arizona
MP3: Maritime - Apple of My Irony
Apparently that's his new modus opperandi on Human Hearts. Perhaps it's just an "every other record" formula, trying to recapture what made their second album We, The Vehicles so successful. I picked the two songs, that for lack of a better phrasing, were the most "Davey being Davey". This could all be nostalgia speaking, but The Promise Ring I still remember fondly, and I know Joey has a similar feeling, because frankly, they never did us wrong. Although I've found Maritime to never be as consistent as The Promise Ring, I always give a fair listen, and I hope you do too.
Posted by Matthew Giordano at 10:09 AM