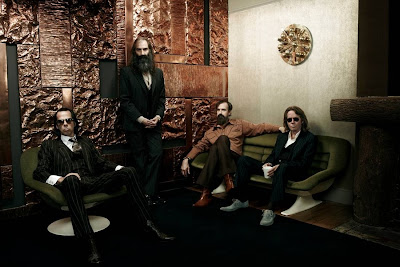 MP3: Grinderman - What I Know
MP3: Grinderman - Bellringer Blues
Some things always meet expectations, some exceed. We've long come to expect Nick Cave and any of his Bad Seeds cohorts to give us a great record, but since Nocturama the game has changed. At the time, it felt odd; in retrospect, it was the band's farewell to it's moribund lounge-blues. Then his double disc opus Abattoir Blues/The Lyre of Orpheus, it was called amongst his best... then Grinderman, it was again praised... then Dig!!! Lazarus, Dig!!!, again, rightfully praised. His soundtrack works were also heralded and provided further experimentation. Now we have Grinderman 2.

It could very well be euphoria from my own listening experience, but this might just be his/their best album to date.
Posted by Matthew Giordano at 9:51 AM