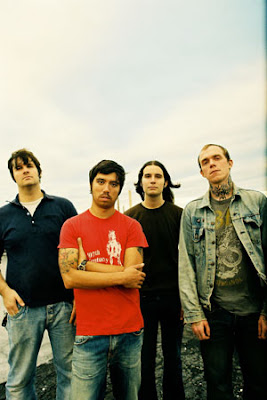 MP3: Converge - Reap What You Sow

Uhhh I told Matt I wasn't going to introduce him or do guest posts anymore since he really does this with me 100%. A partner if you will. But I haven't set up a system to make you know I didn't post this yet, so Matt did. Fuck yeah!

So basically Joey and I were talking about whether or not we should do posts in between the decade feature, and it was decided that such should be the case if something wows us. The new Converge album slays so much gash one could say they run train on the music of 2009. Play this loud and enjoy.
Posted by Joey Gantner at 3:36 PM